Whatever Happened to Sin? 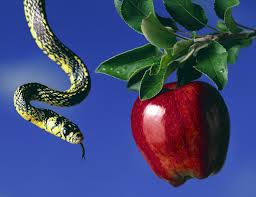 Whatever Happened to Sin
Lyrics by Steve Taylor

"It's the only human choice ahead
If you can't support it
Why don't you abort it instead?"
You say you pray to the sky
Why? when you're afraid to take a stand down here
'Cause while the holy talk reads like a bad ad-lib
Silence screams you were robbing the crib
Say it ain't none of my business, huh?
A woman's got a right to choose
Now a grave-digger
Next you pull the trigger
What then?
Whatever happened to sin?

I heard the Reverend say
"Gay is probably normal in the Good Lord's sight
What's to be debated?
Jesus never stated what's right"
I'm no theology nut, but
The Reverend may be a little confused
For if the Lord don't care
And he chooses to ignore-ah
Tell it to the people
Of Sodom and Gomorrah

Call it just an alternate lifestyle, huh?
Morality lies within
Consciences are restin'
Please repeat the question again
Whatever happened to sin?

Promises were made to be broken, right?
You've gotta play the game to win
When you need supporting
Tell 'em that you're born again
Whatever happened to sin?

Steve Taylor was one of my favorite CCM artists of the 80s. His debut album I Want to be a Clone hit nerves among a lot of people. Never one to shy away from hot topics, he continued through that decade with edgy songs that questioned a lot of things.
Whatever Happened to Sin is as true today as it was then.