Pickles and Prayer by Bethany Marshall, Illustrated by Sarah Vogel 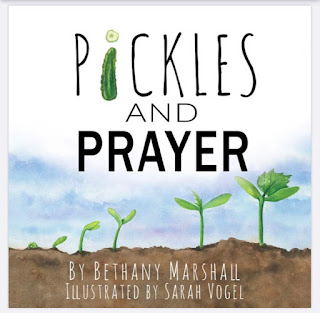 Oh my goodness, you guys have got to check this out! Pickles and Prayer is a collaboration by two of my favorite people. A sweet prayer guide for parents and children to read together.


Pickles and Prayer encourages readers to pray even little prayers. The lyrical verse captures attention and teaches that all prayer plants a seed of faith, the simple prayers eventually giving way to deeper prayer and a deeper walk with the Lord. Beautifully illustrated with pictures of pickles from seed to plate. Also includes a simple refrigerator pickle recipe. Good book for children and parents to read together.

You can purchase the paperback here or the Kindle version here.

Just my way to keep track of the books I've read this year.  Favorites are in bold
January

1. Honeybee Hotel by Leslie Day
2. We Hope For Better Things by Erin Bartels
3. Dear Cary by Dyan Cannon
4. Learning to Live Out Loud by Piper Laurie
5. Love Finds You in Carmel by-the-sea California by Sandra D. Bricker
6. Sing For Me by Karen Halvorsen Schreck
7. Still Waters by Shirlee McCoy
8. Dotty Dimple at Home by Sophie May (1896)

9. Grace by Robert Lacey
10. The Seamstress by Allison Pittman
11. Never Let Go by Elizabeth Goddard
12. Glory Road by Lauren K. Denton
13. The Printed Letter Bookshop by Katherine Reay
14. Convergence by Ginny L. Yttrup
15. The Secrets of Paper and Ink by Lindsay Harrel
16. The Adventure by Adessa Holden
17. Shadow Among Sheaves by Naomi Stephens

18. The White City by Grace Hitchcock
19. The Pages of Her Life by James L. Rubart
20. The Baggage Handler by David Rawlings
21. Midnight at the Tuscany Hotel by James Markert
22. Courting Mr. Emerson …
Post a Comment
Read more 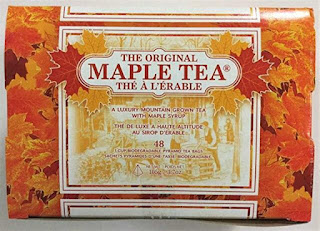 I started doing a favorite things list a few years ago and when December 2019 came around I couldn't think of anything that I found amazing other than becoming a grandmother. And visiting Idaho and Montana.
Honestly, it took a lot of thinking to come up with this list, which is why it's so late in being published.
Anyway, here are my favorites for 2019


The Original Maple Tea. Bliss. It's a subtle maple flavor in a smooth tea. I love a smooth tea. If you're a tea drinker you'll know what I mean.  We found this when we visited the Prince of Wales Hotel in Canada. My husband took me there in August for tea. That was bliss too. I found this tea in the Princess Gift Shop. I savored all forty-eight teabags and panicked when I ran out. Then I got on eBay and had some sent to me. All is well again.


The Brookstone Towel Warmer is something I never knew I needed. It's an indulgent luxury that I don't ever want to be without again. One of the best things I've ever foun…
Post a Comment
Read more

Are You Going to Listen? 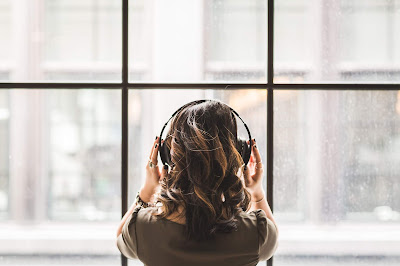 Invite her to church.

I heard it several times. I don't know her. I only see her in passing when we're both out walking our dogs. We chat about the weather and about our aging chubby friends (the dogs....ha ha).

Invite her to church.

The voice kept prompting me.

But I don't even know her name, I prompted back.

Which, by the way, is an excuse I thought was pretty valid. I mean, usually that kind of invitation is given to someone you at least sort of know. I didn't even know her dog's name. So we were pretty much strangers.

And neighbors. So there's that.

I was pretty proud of myself for shying away from an invitation due to now knowing her. But you know God, He's got this great sense of humor.

I visited the salon and guess who was checking out as I walked in?

She looked at me and said, "Aren't you the lady I see when I'm walking my dog? What's your name?"

I told her my name and then she replied with hers. 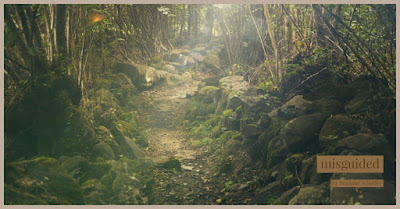 The truth isn't popular. But I'm not called to be popular. Popularity doesn't grant access to heaven.

There are waves of teachings sweeping our country that are lessening the gospel. We are being misguided by an undercurrent of false teachers.


"And now I make one more appeal, my dear brothers and sisters. Watch out for people who cause divisions and upset people’s faith by teaching things contrary to what you have been taught. Stay away from them.Such people are not serving Christ our Lord; they are serving their own personal interests. By smooth talk and glowing words they deceive innocent people."  Romans 16:17-18
We are seeing myriads of smooth talkers, drifting away from preaching the word to preaching their thoughts of the word. Searching for loopholes to make themselves feel better. Interpreting acts of Jesus into meanings He never meant and ignoring the black and white teachings of the Bible. There are no loopholes in the Bible. There is a heaven and a hell. …
Post a Comment
Read more

God's Voice versus My Voice 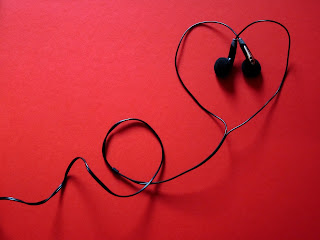 Too often I hear Christians use the phrase, "God told me," followed by something they desire.

What they don't say is that it's their desire to have that house (that they can't afford). They want twins. They want a job that promises easy income.

Yet the house is sold to someone else. A single baby is born. The work-at-home job turns into much more work than thought (and they quit and jump into the next one).

In planning for my daughter's tenth birthday party we invited a handful of her friends, just the girls she was closest to, for a day of shopping with limo transportation. One mother was upset because her daughter's best friend wasn't on the invite list. She asked me to invite Mallory, saying that Jesus told her I should and when I would not she told …
Post a Comment
Read more 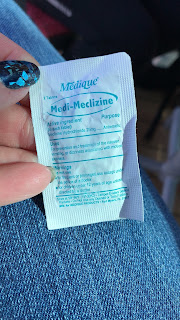 A year ago I entered into the last year of my forties deciding to celebrate fifty by doing something new every month. It had to be something new to me. I called it my 12 Before 50 list.

August was simple. We were going on a cruise to Alaska. I probably did enough new things on this trip to cover more than twelve. It was fun, but we learned I get seasick. I actually hugged the ground when we docked for the first time. Stepping off of the ship, I instantly felt relief.

September brought an opportunity I'd missed the past few years. My friend, Sharon, has made it her goal to climb a tree on every continent. That in itself is a great goal, but factor in that she's a breast cancer survivor and you'll see what she's made of.

I made sure I didn't miss my opportunity to climb a tree with Sharon.

October gave me the chance to do something I'd wanted to do for years. To get a tattoo.

Ready to prioritize what really matters? Simple Things can help. 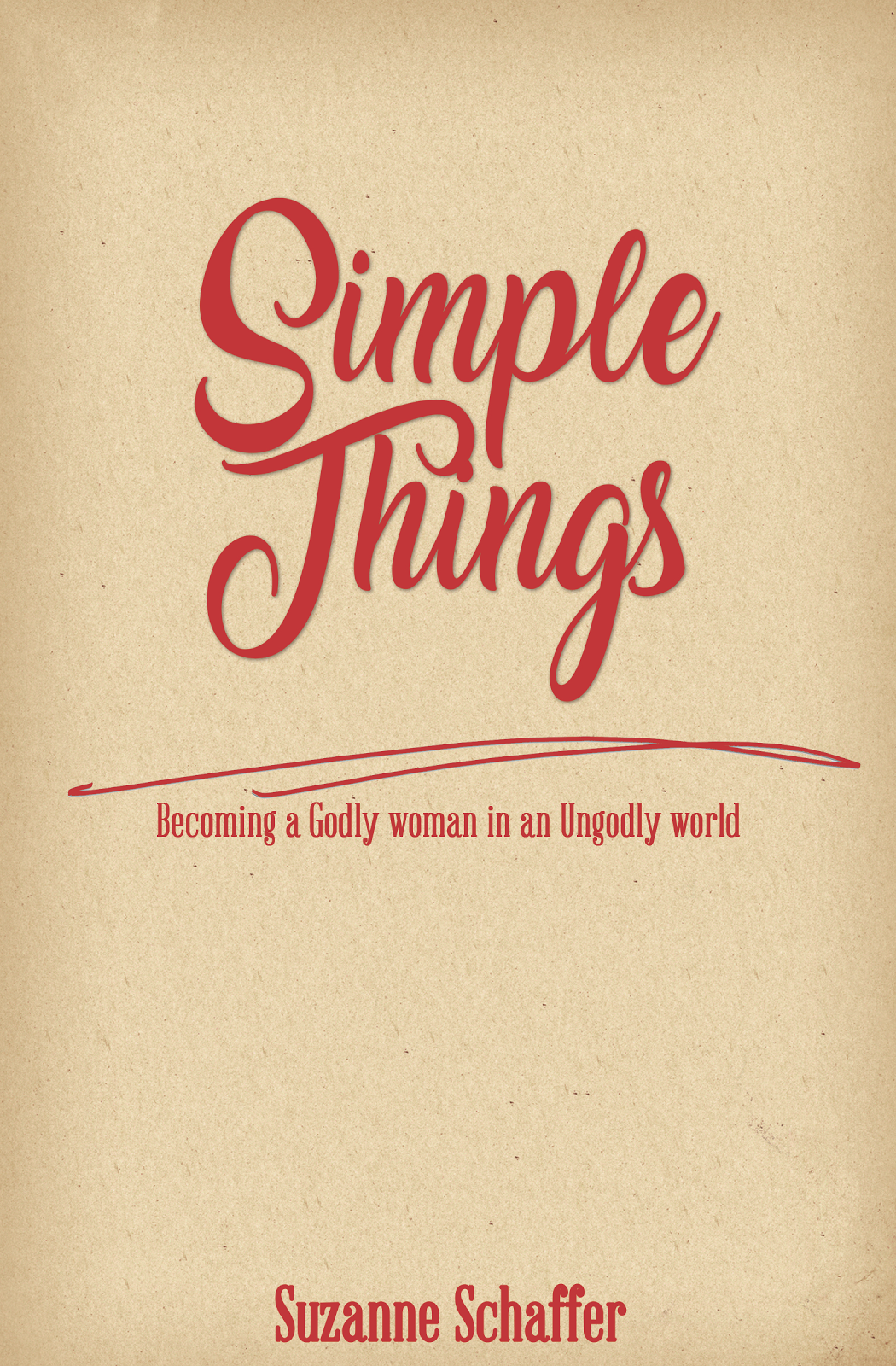