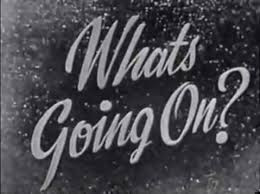 We've just ended a week that has had more changes happen to our nation than any other single week in American history. I'm not one to normally discuss these topics but I'm flabbergasted here.
First the Confederate Flag was banned.
Okay, really, this should have happened at the end of the Civil War to show that we were actually the United States. The fact that it was allowed for exactly 150 years is beyond me.
I'll admit, I'm a white Yankee chick. The Confederate Flag was never offensive in my eyes. It didn't signify anything degrading to blacks, I always saw it as a white-trash redneck symbol. So do what you will with that.
There's now talk about banning the movie Gone with the Wind. Now, I never particularly liked that film, but to ban a movie about an era in history that happened? What's next? Banning every movie that had a Mammie in it? Or black servants?
Grow up, people. Get over yourselves. Be happy that you live now and make the most of today.

Second, Obamacare was upheld. So now I pay more for insurance so that the people down the street who don't and won't work can get the same type of care that I do.
Can I please have a picture of this family that I support by working hard, I'd like to hang it on my fridge.

Third, well, we all know what was third. And if you dare say anything against it you are judgmental, and hateful, and a hypocrite.
My friend shared these words on Facebook and I agree with her:

"Next time someone accuses me of being narrow-minded, judgmental, or bigoted, here's my answer: I'm not judging you, I'm warning you (or our nation) that you have already been judged. I'm warning you because I care enough to let you know what God's word has to say. If you don't care what God thinks, that is your right as a free-willed human being (by the way, God granted you that free will, not the Constitution!) You are free to choose, but you aren't free of the consequences of your choice. I simply care enough to make you aware.
John 3:18 Whoever believes in Him is not condemned, but whoever does not believe is condemned already, because he has not believed in the name of the only Son of God." - PWJ

But you know what? Though this is happening at warp-speed, we shouldn't be alarmed or afraid. It is happening the way the Bible said it would.


3 Now as He sat on the Mount of Olives, the disciples came to Him privately, saying, “Tell us, when will these things be? And what will be the sign of Your coming, and of the end of the age?”
4 And Jesus answered and said to them: “Take heed that no one deceives you. 5 For many will come in My name, saying, ‘I am the Christ,’ and will deceive many. 6 And you will hear of wars and rumors of wars. See that you are not troubled; for all[a] these things must come to pass, but the end is not yet. 7 For nation will rise against nation, and kingdom against kingdom. And there will be famines, pestilences,[b] and earthquakes in various places. 8 All these are the beginning of sorrows.
9 “Then they will deliver you up to tribulation and kill you, and you will be hated by all nations for My name’s sake. 10 And then many will be offended, will betray one another, and will hate one another. 11 Then many false prophets will rise up and deceive many.12 And because lawlessness will abound, the love of many will grow cold. 13 But he who endures to the end shall be saved. 14 And this gospel of the kingdom will be preached in all the world as a witness to all the nations, and then the end will come.

Now is the time to know what you believe. To memorize scripture (before that's banned too!) and to love one another.