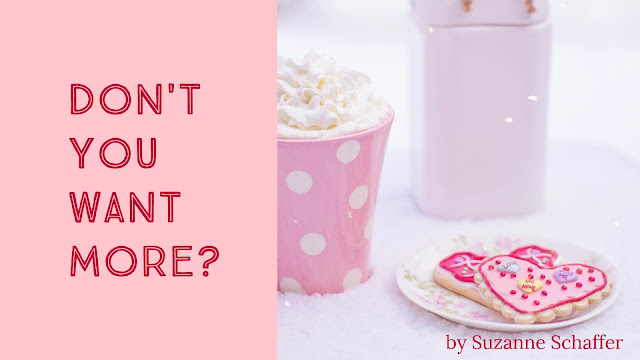 As a pastor's wife the hardest thing for me in ministry has been observing the people around me in church and wondering why they are happy with a little, with just enough Jesus to get by.

I see their potential. I see what more could do for them, but they're content.

Krista was one I'd watched for a while. I could see the pain in her eyes and could feel the longing in her for something more but I wasn't able to get it for her. She had to get there on her own.

It was free. All she had to do was reach out.

A couple years ago I noticed a change in my friend Krista. Suddenly she went from being happy with just showing up at church each week to being excited. Then to overflowing. I asked her some questions about what changed, what made her suddenly want more.

Here is what she said:

"I went to almost every church out there but when I came here I felt like the pastor was preaching about me. I knew something was happening when I cried for the first two years during every sermon, I now know the Holy Spirit was stirring something inside of me."

Still not fully in Krista found herself pregnant and considered abortion. A few women in the church prayed with her and something changed. She came across Jeremiah 29:11
"For I know the plans I have for you,” declares the Lord, “plans to prosper         you and not to harm you, plans to give you hope and a future." (NIV)

"It was then I realized that God did have a plan for me. I wanted a home and wanted to become a family member at our church.

I started to attend every week because I realized if I didn't I would have a bad week. A missionary from Romania came to speak and introduced me to the baptism of the Holy Spirit, I received the gift and it started a new journey for me.

I began to feel unsettled when I didn't do what God wanted me to do. I gave up fighting and began to let God do what He wanted to in and through me."

Krista was no longer sitting on the sidelines, she wanted in on the action. It began with listening to what God was saying to her and then acting on it. She was given devotionals from friends and read through them as fast as she could, gleaning from every word. She wanted to be used of God, to see signs and wonders, to witness miracles. She took the next step and went on a sixteen day fast during which time she only drank coffee and water.

"God showed me visions, He allowed me to feel and know things before they happened and He showed me His nail pierced hands. I realized if I kept pressing in every day and every moment then I would get to where He would use me."

"I began to believe that God was able so I got specific with my prayers, I wanted my nightmare of a life to stop. I asked Him to heal me and end my pain and He did. After over twenty years of chiropractic care He healed my back. He also delivered me from bondage. I believed I had faith that could move mountains because the miracle happened to me first. I could tell the world about it without any fear. I didn't hold back but stepped out and now when God nudges me to pray for someone I do it immediately."

"It is not about me anymore, it is about whatever God wants me to do."

Krista now ministers weekly to women who are recovering addicts. She shares what God impresses on her to speak about. She started attending our Wednesday night Bible study where she learned even more and came to a better understanding of the Bible.

"I want to fill my life with Christ everyday and I want to share what He did for me to help others. If I could talk to the old me I would say, "It doesn't matter that your father or stepfather hurt you. Put down the bottle, stop poisoning yourself with drugs. You do not need to sleep with that guy because your Heavenly Father loves you. Do not waste one more second of your life because Christ is so much more powerful that anything you could ever do to your body."

"God sent His son to die on the cross. He took the pain for you and He rose again. Start living a life of freedom and break the chains of guilt and shame."

"The best feeling in the world is know that you are loved for just being you." 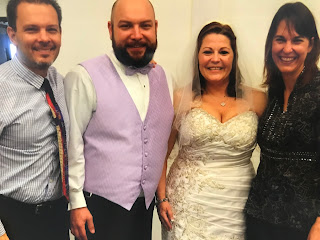 Krista is now married and is owner of a non-profit and will soon open a home for women in recovery. She wants you to know that God is a God of redemption. You are not too far gone that He can't change you. You are not too old for Him to use you. She walks in faith and sees the blessings of God all around her. Life isn't perfect, but it's better.

I believe Krista would say the same as I do. God wants to use you. He has so much more to offer you. What is holding you back?