Yesterday I Didn't Invite Someone to Church 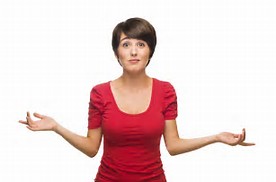 I have a confession.

This sounds a little odd coming from the pastor's wife, but there have been situations in which it's best if I don't because I've learned from past experiences, and yesterday I didn't invite someone to church.

I saw her glittery rhinestone, "I Love Jesus" pin perched on her shirt. I knew we were destined to be BFFs. When she got close to me I told her I liked it.

I mean, it was Jesus and it sparkled. What wasn't to like?

She was thrilled that someone noticed her pin. Her face lit up and she immediately began talking to me. After a few minutes I asked her where she went to church because a little of what she said lined up with my beliefs. She replied, "I don't go anywhere right now," and let loose into her entire testimony which was just enough to sound okay, but by listening closely I heard what she wasn't saying.


It was then I made my decision.

The longer I listened to her the more I knew she was one of them. I've been around them before. The ones that are always complaining and always telling everyone how to believe, taking the focus off of the reason for the church and placing it on their opinions. I received a lot of interesting spiritual advice from her in the few minutes we talked. When she walked away my husband commented it was obvious she didn't attend anywhere because her beliefs didn't line up with Biblical teaching. Attending church is more than just listening to someone preach. It's where we are taught to discern between truth and emotion. Some lessons can't be learned from the couch while watching television. We need the fellowship of other believers, we learn from each other and can correct each other if needed.

There have been other times I haven't invited people to church. The group of women I was seated close to at a park whose entire conversation about their church was reminiscent of a bad restaurant review on Yelp...I didn't invite them.

Because church isn't a critique group.

Sometimes I feel like we've been over America's Got Talent-ed. We can do our best Simon Cowell imitation and pick apart every bit of the service, from what songs are being sung to whether or not the pastor is wearing a tie. Even about who spoke to us. It's not about who said hi to us and who didn't. We recently received a complaint from Sally, very upset that we hadn't spoken to her on Sunday morning. A day later we received a message from Fred, praising us for speaking to him on the same Sunday morning. As the pastor's wife I try to speak to people, I mean, I'm an introvert so I really try, but in a church of about two-hundred people I'm not physically able to talk to everyone at every service. But church isn't about that anyway.

There were also times I didn't invite people to church simply because it would have been better for their Christian walk if they didn't attend ours. It's not you, it's us. Early in our ministry when someone would ask me if I knew of a good church in our area I would send them elsewhere. The church we pastored at the time wasn't one I would have chosen for myself for many reasons, one being an overall disagreeable atmosphere. I'm so thankful that these days we are part of a healthy body of believers who accept visitors with open arms and not glares and muffled whispers. I'm proud to invite people to our church.